Portonave’s certifications were obtained to ensure service quality and contribute to the environmental protection and safety of port operations. Portonave began operating in October 2007 and, since then, it received important awards in the port operation, environmental, human resources and social responsibility areas.

The certification in ISO 45001:2018, dedicated to the Occupational Health and Safety Management System, represents one more step to guarantee an dynamic Integrated Management System in the interaction between the organization, business environment and stakeholders, focused on sustainable development in which business, planet and humans are on the same level of concern and care.

Learn more about our Occupational Health and Safety Management System by clicking here.

Since 2009, Portonave has been certified with ISO 9001, a standard of the Quality Management System, issued by a certification body accredited by Inmetro. This recognition demonstrates that the organization is capable of providing services in accordance with the applicable laws and regulations, seeking to completely satisfy its customers’ needs. Currently Portonave’s certified management systems are applied in an integrated manner.

The Environmental Management System ISO 14001 certification was obtained in 2010 and has been maintained since then. Thus, the certifier accredited by Inmetro recognizes the Terminal’s actions focused on environmental preservation and sustainable development.This certificate also attests to the compliance with legal environmental requirements related to the company’s activities. Currently Portonave’s certified management systems are applied in an integrated manner.

The safety standards for ships and port facilities arranged in the ISPS Code were developed after the terrorist attacks of September 11, 2001, in the United States. Portonave invests in the latest equipment and operational safety procedures and strictly complies with the requirements of legislation and bodies involved. Thus, the terminal was the first in Brazil to fully meet the requirements of this Code and received from CONPORTOS in 2008, the Declaration of Compliance.

In March 2016, the Internal Revenue Service of Brazil (RFB) granted Portonave the certification as an Authorized Economic Operator (OEA). The Port Terminal was the first in the country to meet the requirements of the global program of the Committee of the World Customs Organization (WCO) and obtain the title. The main purpose of the AEO Program is to ensure that Brazil becomes a safe exporter, streamlining the country’s logistics chain.

Brazil’s AEO Program certifies the intervening parties of the logistics chain whose operational risk is low, both in terms of cargo physical safety and compliance with their customs and fiscal obligations.

Winner of the 2018 Project & Infrastructure Finance Awards, in the Best Port Financing category. The award is promoted annually in New York City by Latin Finance magazine.

The award is granted by the prestigious British magazine, specialized in world maritime trade, and aims to recognize companies and individuals who made an exceptional contribution to the logistics and container maritime transport for their innovation, proactivity or pioneering spirit. In 2011, Portonave received honorable mention in the Terminal Operator of the Year category and was one of the finalists in 2015, 2013 and 2012.

GPTW Award – Best Companies to Work for in Santa Catarina

In 2014 and 2015, Portonave was ranked among the best companies to work for, according to the survey conducted by the Great Place To Work Institute (GPTW).

The Sales and Marketing Managers Association of Brazil in Santa Catarina (ADVB/SC) annually promotes the award in honor of Santa Catarina companies that make social responsibility its best example, product and result. The award recognized projects in the environmental preservation, community involvement and cultural development areas. Portonave won seven awards, in 2018, 2016, 2015, 2014, 2013, 2012 and 2010.

The certification recognizes the efforts of private companies and nonprofit entities whose management policies include social responsibility, ensuring the social commitment of the organization, its managers and employees. Portonave received the Social Responsibility Certificate every year between 2011 and 2015.

The Fritz Müller award is granted by the Environment Foundation of Santa Catarina (FATMA), which recognizes the main environmental projects and works in Santa Catarina. In 2016, Portonave won the award with “Nossa Praia”, a project for the protection and recovery of Navegantes beach waterfront. Portonave also received the award in 2007 and 2009.

Biggest and Best in Transportation – Best in the Port Operator segment.

The Aberje Award recognizes the best corporate communication practices among Brazilian companies, marking the trajectory of professionals and their organizations as protagonists in the continuous improvement of business narratives. Portonave won the award in 2014, in the Printed Media category, with the series “O caminho do contêiner” (the container’s path). The series was designed to provide employees and the external public with an overview of Portonave, detailing the processes involving container handling.

Portonave won the Santa Catarina Excellence Award 2012. The award was given by Catarinense Movement for Excellence (MCE) in recognition of the adoption of management practices aligned with the Excellence Model Gestão® (MEG) of the National Quality Foundation.

Commendation of Merit of the Santa Catarina State Legislature

With the social responsibility project called “Portonave de Todos” (Portonave of all), the Terminal received the 2009 Human Being Award, promoted by the Brazilian Human Resources Association (ABRH). The award recognizes organizations that have made relevant contributions to society and their employees, as well as human and community development initiatives. 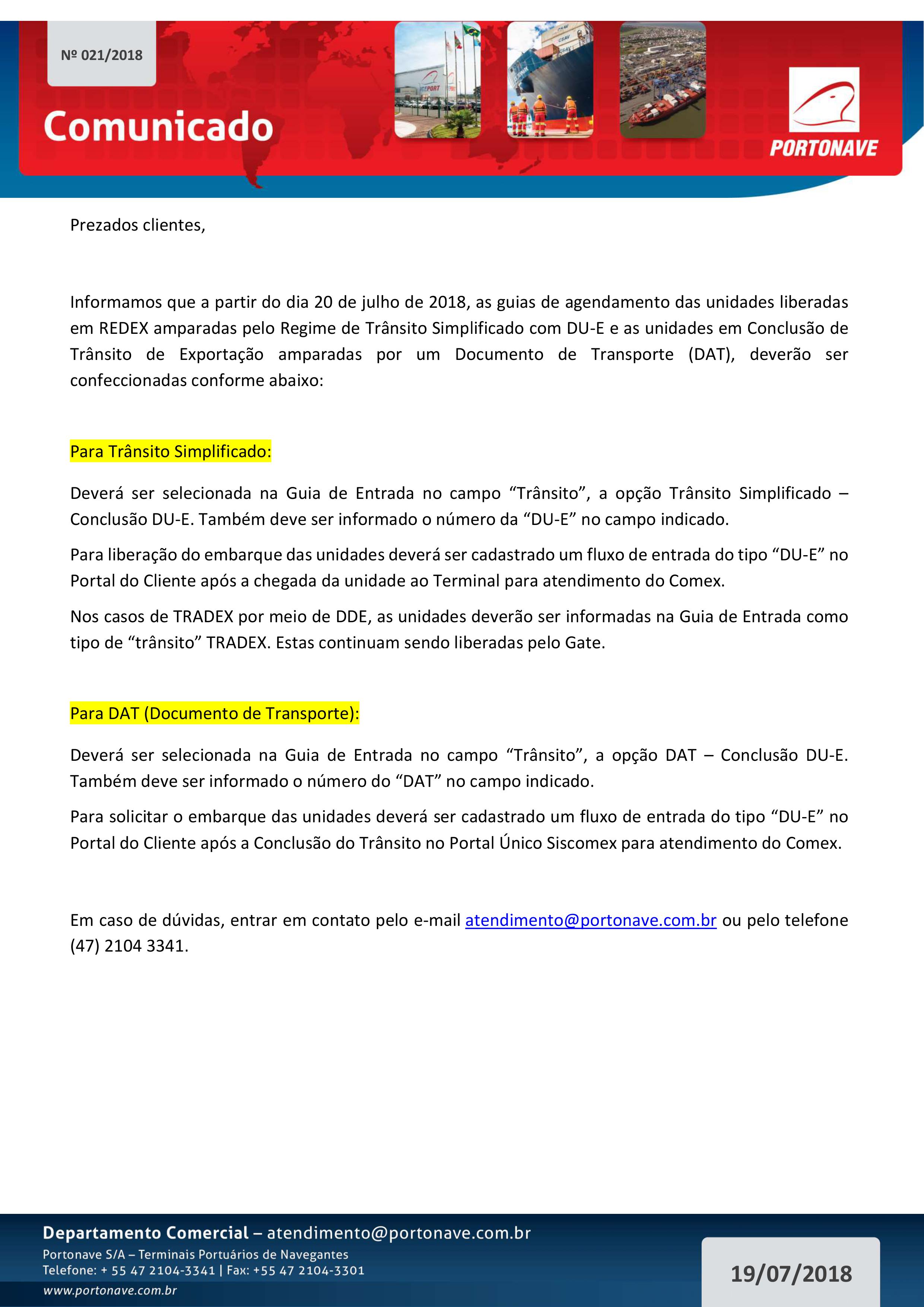