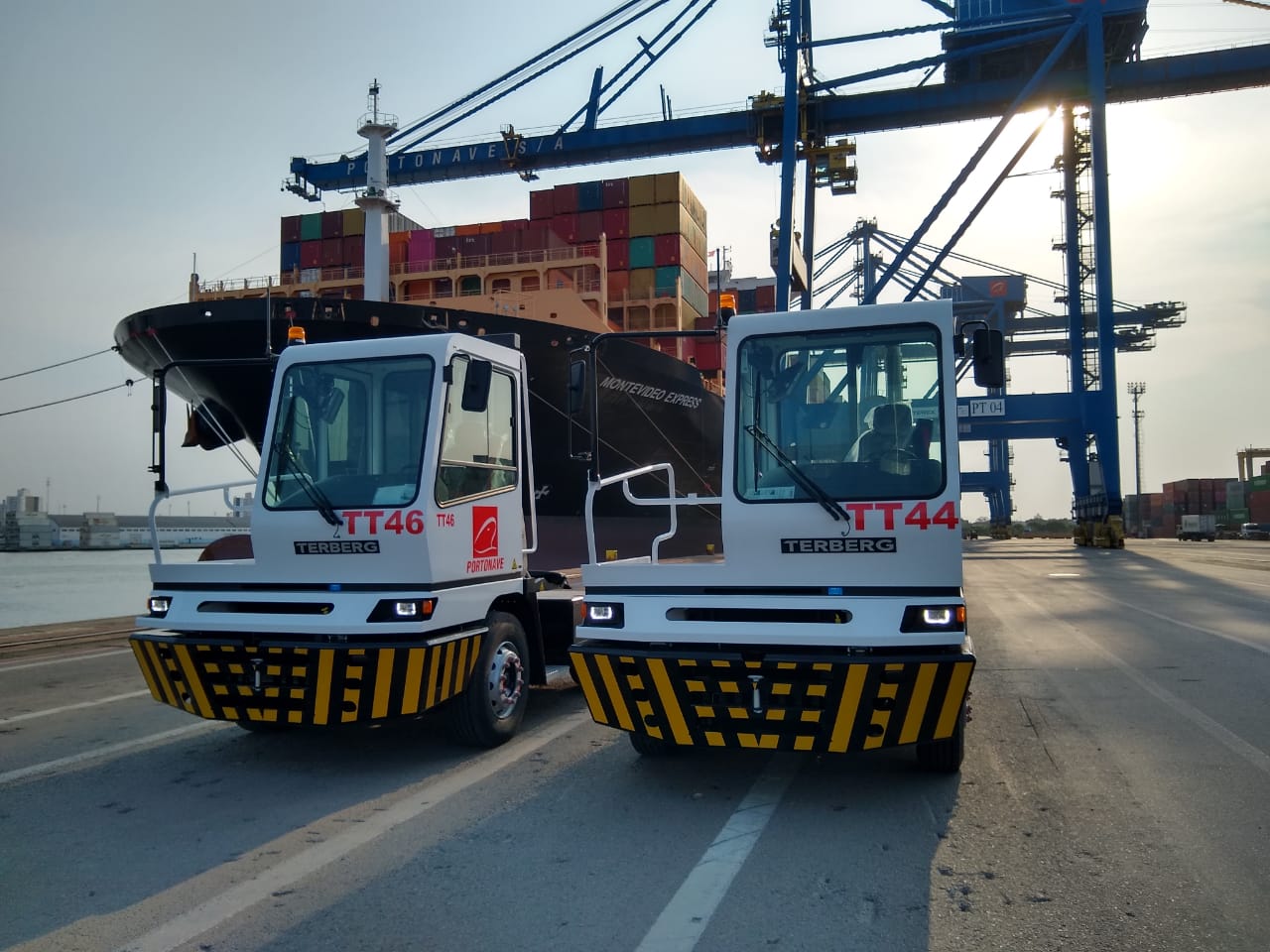 To help the country’s economy and development, it is important to maintain planned investments, even in times of crisis. Ports do not stop and cannot stop. This is the thinking of Portonave, which has just acquired 25 new Terminal Tractors – dedicated reinforced trucks to handle containers within the port – and two lithium battery powered forklift trucks. The Terminal invested R$ 16.6 million in the purchase.

The Acquisition of the new equipment aims to increase the efficiency, safety, and reliability of the port’s operations. With high technology, the terminal tractors and forklifts have greater load capacity, including improvements in ergonomics for operators. They are state-of-the-art equipment, used by the main terminals in the world. “Portonave is proud to have the most modern and efficient equipment in the market in its equipment park, which is one of the reasons for the high levels of productivity and efficiency of the Terminal, a world reference in the port segment”, comments the Operations Manager, Emanuel Jorge.

The company currently has 40 Terminal Tractors in operation today and will replace the 25 oldest equipment units, in operation since 2007. “The capacity of the new trucks is 25% greater than the capacity of the equipment that will be replaced. They have a robust and reinforced structure, better damping and are prepared to increase the volume of the operation”, completes the Maintenance manager, Marcelo Diniz.

The two electric forklift trucks with lithium battery bring improvements when compared to equipment powered by LPG. The new EFG 425K forklift trucks are already in operation, at the Terminal’s warehouse, and are the first powered by electricity in operation in ports in the southern region of Brazil. To cope with these high investments, the Terminal believes in reducing operating costs, in addition to providing more comfort to the professionals who operate them, because they are free of heat or noise. In addition, by using equipment powered by electricity, Portonave once again contributes to the replacement of fossil energy consumption with clean and renewable energy, a transformation that has already begun with the acquisition of the Terminal’s electric trans-containers (RTGs).