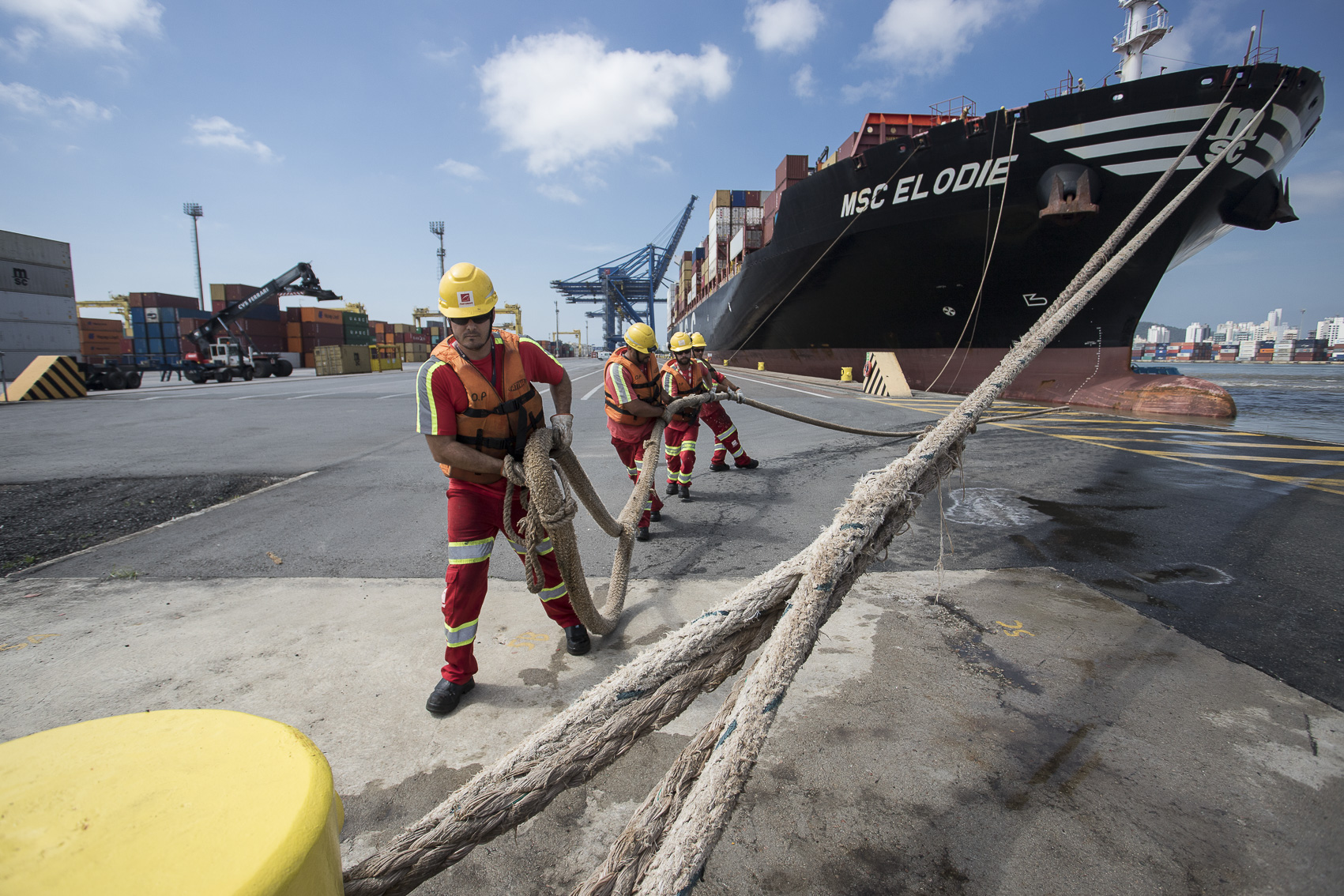 The Port of Navegantes celebrates 12 years of operation, becoming an engine for socioeconomic development

Portonave celebrates 12 years of operation today, October 21, and increasingly runs its business in order to handle more than just intermodal containers. It puts itself as an engine for socioeconomic development, investing in projects and actions that contribute to the country’s growth and promote social and cultural inclusion. In 2018, almost BRL 3 million was allocated to projects in the areas of culture, education, health and sports. The selection of supported initiatives privileges local and regional projects, but also benefits projects on national level. “We believe our mission goes beyond boosting the economy. Sustainable development is part of our DNA”, commented the Chief Administrative Officer of Portonave, Osmari de Castilho Ribas.

Speaking of Sustainability, the Port Terminal of Navegantes is an official supporter of the UN’s “Water for Life” Sustainable Development Goal (SDG 14). The SDGs are a global agenda targeting by 2030 to promote more prosperous and peaceful societies in sustainable relationships with the environment. To help reach this goal, Portonave sponsors many actions and projects related to the preservation of seas and rivers.

Besides engaging in actions of collective interest, the operation of the Terminal itself has brought, and continues to bring, significant growth to the city of Navegantes, the region and the country – 45% of total collected Service Taxes (ISS) by City Hall are generated by Portonave. The Company also became one of the main local employers, creating about one thousand direct and three thousand indirect jobs. It was also an attraction for other companies to settle in the region. All this represented economic growth and opportunities for the people. “We grew up together with Navegantes. The city’s GDP went from BRL 500 million in 2007 to almost BRL 4.5 billion in 2016, according to IBGE (Brazilian Institute of Geography and Statistics) data. The revenue of the city in the term quintupled and the development of the whole city is clear. We were very happy to be able to contribute to this”, said Castilho.

However, it is not only Navegantes that have obtained benefits. Portonave was the first private port terminal for intermodal container in the country and opened doors for others to exist, showing the importance of private investment for national economic growth. Currently, the Port of Navegantes is among the largest intermodal container handlers in the country and is the only one to win a respected international award, the Lloyd’s List Awards – as Port Operator of the Year, in 2013.

Along with a responsible operation and committed to the sustainable development of the region, Portonave continuously aims to provide services with excellence and continuous improvement of its processes, being a reference in the port industry. It has been a leader in intermodal container handling in Santa Catarina since 2009 and is among the 20 largest ports in Latin America, according to the Economic Commission for Latin America and the Caribbean (ECLAC).

*TEU: unit of measurement equivalent to a 20-foot intermodal container