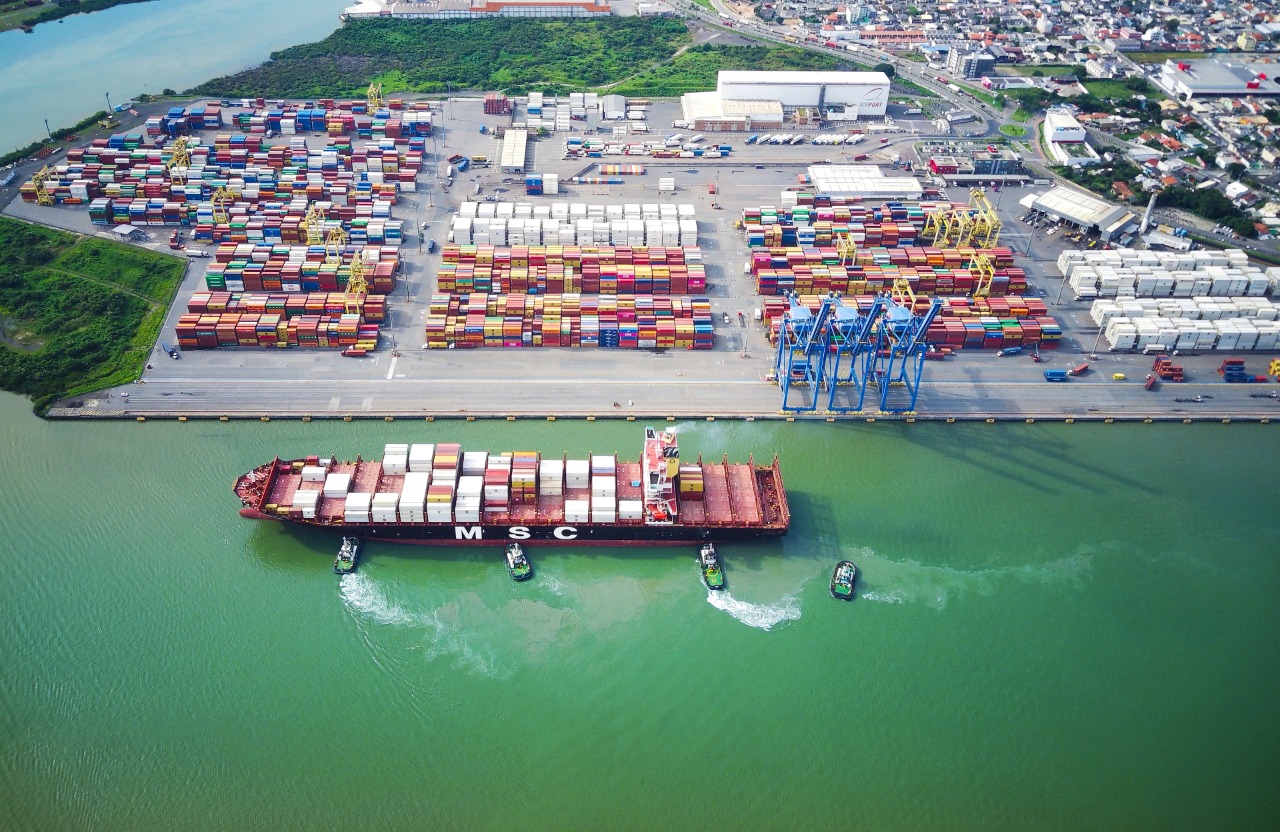 February, March, and May were also record-breaking months

For the fourth time this year, Portonave surpassed the milestone of 100,000 TEUs (unit equivalent to a 20-foot container) handled in a single month. This remarkable handling record was achieved on Thursday, September 30, at the end of the MSC VIGO vessel operation. This 270.40-meter long vessel and has a 5,500 thousand TEUs capacity. It is part of the USA1 Service, destined for Central and North America.

In September, the Terminal had 51 vessel dockings with 60,007 containers handled, and exactly 109,074 TEUs. This milestone surpassed the 108,643 TEUs handled in May. Furthermore, the Terminal received 45 thousand trucks, an average of 1,500 vehicles a day. On the three most noteworthy days, the Gate flow exceeded 2,500 vehicles, with the 2,563 mark reached on September 22. And, even with this much Gate flow, the average length of stay in the yard, from entry to loading or unloading, and exit of the container, remained around 23 minutes.

During these nine months of 2021, Portonave registered one of the highest growth rates among terminals in Brazil regarding container handling, with 37% growth compared to the same period last year, and already totals 858,572 TEUs handled. Leader in container handling in Southern Brazil: Port of Navegantes stands out in second place in the container-handling ports ranking, both for import and export, on a national scale.

Given this achievement, the company is constantly updating its services to improve not only the equipment optimization but also the high performance of the entire process. For such, our team of professionals is dedicated to their activities with a high degree of commitment and productivity, which explains this continuous overcoming of records month by month.